I Never Thought It Would Come To This! 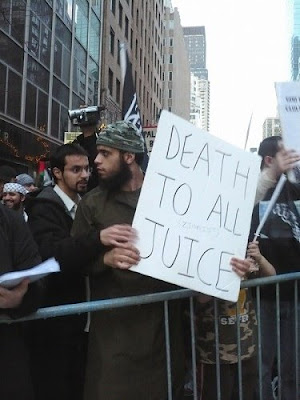 I was raised to believe that all people living in the United States would be safe and secure in their homes, schools, temples or churches and businesses. But in the last few years it seems that is no longer the case. Especially for Jewish Americans.

We have witnessed an upsurge in the number of violent acts either committed against Jews, such as the attack in Seattle which the killer was given a mistrial. Or the attack on the Holocaust Museum in Washington DC. Then there was the group of American Muslims who planned a series of attacks on Jewish targets.

The authorities did a good job with those, but the Jewish community knows they and our elected leaders allow behavior such as this:

to occur without a word condemning it.

Starting in late July, a group of Israeli combat veterans will be holding a training camp in New York to teach advanced self-defense techniques to Jews in U.S. communities. An increasing number of American Jews have expressed interest in the program following a wave of anti-Semitic incidents worldwide over the past year, organizers report.

The group calls itself Kitat Konenut New York – a reference to the “rapid response teams” active throughout Judea and Samaria. Rapid response teams in Israel, comprised of local civilians who are IDF veterans, have often been the first on the scene of terrorist attacks and other emergencies, and have prevented casualties.

It was founded in 2006 in response to a shooting attack at a Jewish center in Seattle, Washington. One woman was murdered in the attack, and several others were wounded. 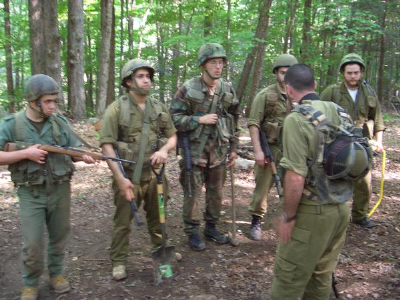 Kitat Konenut in action (Israel news photo: Kitat Konenut)
The group is apolitical, and does not take part in demonstrations. “Our agenda is to protect Jews,” says group member Yonatan Stern.

However, the group does have a firmly held political belief. “We believe in the constitutional right to bear arms,” Stern says. Kitat Konenut encourages all American Jews to learn how to use weapons, and to purchase their own firearms for self-defense.

I guess this is the sort of unification and change that we were promised under President Obama. It is more like the return to the regime under that great Muslim hero: Adolph Hitler. Seen here with his good pal the Grand Mufti of Jerusalem. 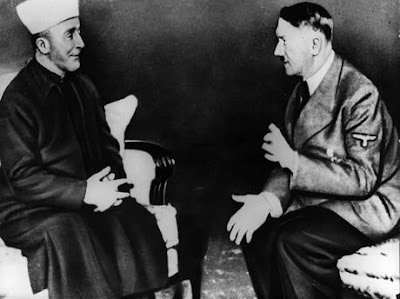 I suppose that the President just forgot about this bit of Muslim history when he made his historic address in Cairo.
Posted by Findalis at 9:00 AM

The evil that the Grand Mufti of Jerusalem and the British mandate perpetrated upon the world affects all of us today. Had the British done the will of the League of Nations, Palestine would not be such a problem today.

This is very good news about the Kitat Konenut. It's needed.

I really believe not only the Jewish people are going to do this in the US, but all non-Muslims (or even non-jihadist Muslims) in the rest of the world.

Take heart, the demise of America will be quick with Obama, (just kidding) apologist for terrorists and bad guys everywhere. He's got to go in 2012.

@ Tea and Politics: I agree. I think we all need good self-defense no matter our age. Community militias are a good idea.

I'm hoping however that this will not be the civilian national security force that Obama said he would have, and it would as big and powerful as the military.

We need to pay attention to who does the organizing:-)