The Garland Attack and Some Incredible Assertions


In May 2015 two Muslim men drove from Phoenix to Garland, Texas (outside Dallas). Their intent was to attack a Draw Mohammad event and kill as many attendees as they could. Instead, they were shot and killed by security police as they attempted to charge into the facility.

CNN's Anderson Cooper has now come out with a TV presentation this week that alleges that an undercover FBI agent had been involved with the suspects and was actually riding in a car behind them as they arrived at the venue. It is based largely on an interview with an attorney representing a third man believed to be involved in the planning. The attorney says he was provided with FBI documents that divulged the role of an FBI "undercover agent".

In response to this revelation, Robert Spencer, a noted critic of Islam and one of the co-sponsors of the event, has told an interviewer from Newsmax that, in his opinion, the FBI wanted him and his colleague, Pam Geller dead.

I have no inside information on this, and like everyone else, this is news to me. It is too early to come to a definitive conclusion, but as a retired DEA agent, I do have some immediate reactions.

First of all, when the CBS report refers to "an FBI undercover agent", I don't preclude the possibility that this could actually be an FBI informant. The news media has long had a habit of not differentiating between the two. There is a significant difference.

Secondly, I find it absolutely incredible that the FBI would allow the suspects to get to the convention center and begin the attack without taking them down beforehand at some point when the conspiracy was complete and the case could be proved. This was, in fact, a conspiracy between at least two men. In conspiracy law, the crime is complete when an agreement to break the law has been made and one or more of the co- conspirators commits an overt act (legal or illegal) in furtherance of the conspiracy. Obtaining the weapons would be an example and beginning the journey to Garland would be another. It seems clear that if an FBI agent was  following them in another car, they could have been arrested at any point say when they stopped to eat along the way. If an FBI agent were actually in a following car, there would also be surveilling agents following as well, and the situation would be "under control". Letting it continue to the convention center and allowing the terrorists to alight with their weapons would be totally irresponsible in terms of public safety. Even if the FBI wanted them to reach the venue, it would seem obvious that a massive trap would have been awaiting them. As it was, the terrorists were shot and killed by local security police.

Something clearly doesn't add up here.

Is it possible that the mystery man was actually some sort of informant who had not  alerted the FBI as to what was happening? Given the circumstances, that seems plausible. Use of informants, while necessary, is always risky and must be accompanied by maximum control.

As to Robert Spencer's allegations that the FBI actually wanted him and Geller dead, I have a hard time accepting that. Besides, there were 100 other people inside that building attending the event. Who knows how many would have died if those two men actually got inside the building?

Posted by Gary Fouse at 7:55 PM No comments: 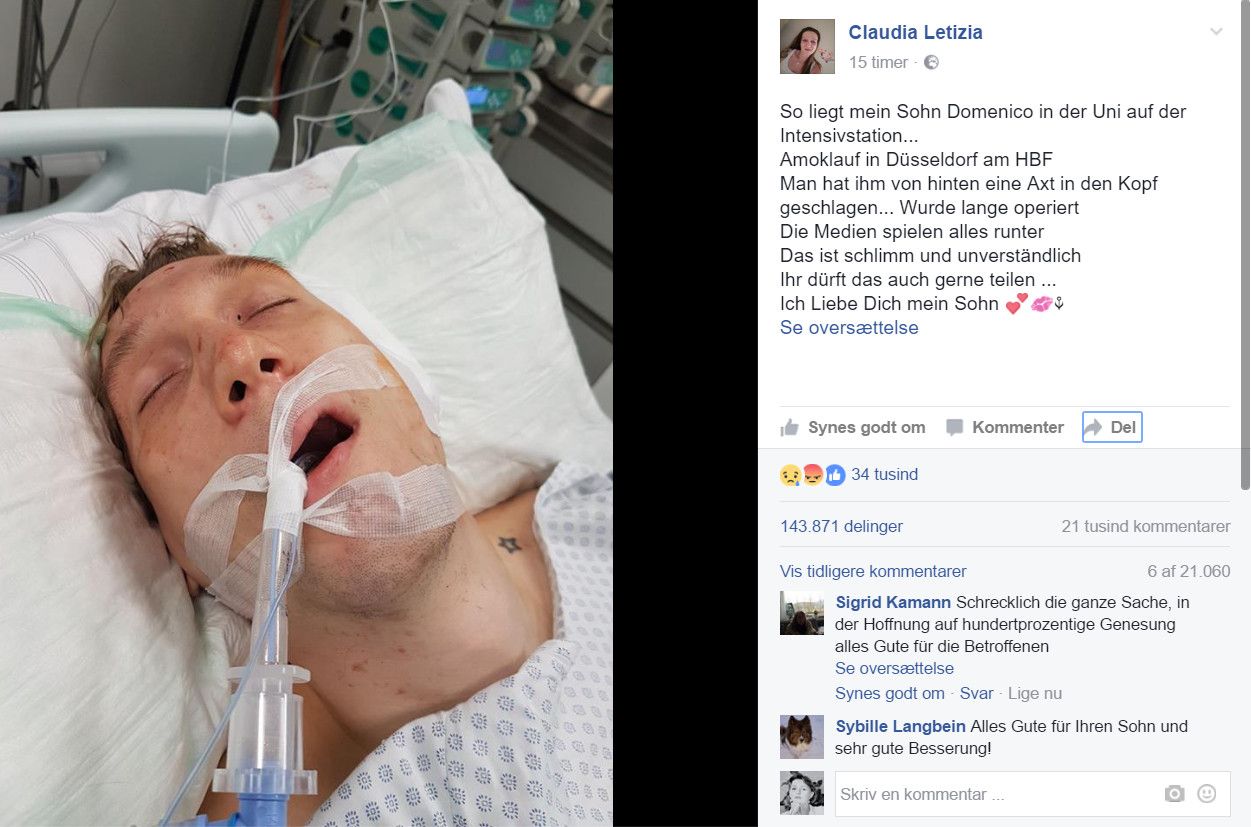 This is the Face of Angela Merkel's insane immigration policy. His name is Domenico, and he is one of the victims of yesterday's axe attack by a Kosovar asylum seeker at the main train station in Duesseldorf.

Below is the translation of what his mother has put on social media:

This is my son Domenico in the intensive care of the University Clinic…
Amok at the Düsseldorf Main Train Station
He was hit in the head with an axe, from behind… Surgery took Long
The media is downplaying it all
It is terrible and incomprehensible
You are welcome to share this….
I Love You my Son

As usual, the mother is correct. The media is downplaying it all. The attacker is described as mentally ill. The police have reported that they have given him his medicine which he had neglected to take. What's next-his release? It seems every time an attack happens, the attacker is described as mentally disturbed. Perhaps, that is the case here, but aside from any mental imbalance, what was the motive for this attack?

Domenico is just another victim not only of Merkel's policy, but the policy of most all the Western Europe governments, as well as the policy of the EU. I guess the Europeans just have to get used to the new multi-culturalism and "cultural enrichment" that the left celebrates.

Posted by Gary Fouse at 7:19 PM No comments: 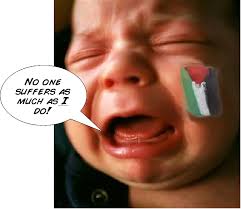 In the world of academia, academic freedom is a concept that professors only apply to themselves and their particular beliefs not to the beliefs of those with whom they disagree. In the world of academia, to disagree with a professor and criticize what they "profess" is an attack, a threat, something that puts their jobs and their very lives in danger. As an example, we now have what I will call the "Gang of 63". When they learned recently that there was a group compiling a list of names of professors students should avoid (if they don't want to be exposed to what PW calls "a radical agenda in lecture halls"), they cried foul-then publicly requested their names be added as some sort of badge of honor. They are accusing Campus Watch of slandering them and threatening them with violence.

In the interest of full disclosure, I am not an employee of Campus Watch though some of my articles have been cross-posted there on occasion. Nor am I affiliated with Professor Watch. Nor did I have any part in putting that list together. Having said that, I am familiar with several of the professors whose names appear on the list and have interacted with some of them. Hell, Mark LeVine even accused me of being "slanderous" when I called him an anti-Israel activist to his face in front of an audience. Talk about trying to have it both ways!

The reason you see the image above with the Palestinian flag attached to the crybaby's face is that virtually all of the names I recognize are anti-Israel activists. Here is an example of these "scholars" hysterical language:

"The newly inaugurated U.S. administration has created an atmosphere of violence, racism, Islamophobia, and anti-Semitism. A less discussed aspect of these attacks is on academic freedom. The 2016 election has taken to new extremes the threats to academic freedom. We can see a preview of what this administration intends in their response to the recent cancellations of "talks" by professional provocateur Milo Yiannopoulos, who engages in public, cruel harassment of students who are critical of his extremist views, from the lectern through trigger cameras that project students' images without their consent. He then proceeds to taunt them and incite actions against them on the basis of their physical appearance, race, sexuality, and gender. Instead of condemning this kind of incitement, President Trump has threatened to withhold federal funding from UC Berkeley after Yiannopoulos' "talk" was cancelled at UC Berkeley and other UC campuses."

In the interest of full disclosure, they might have said that Yiannopoulos' "talk" at Berkeley was cancelled due to a riot.

Then there is this scholarly gem:

As pointed out very effectively by CW, they are not affiliated with David Horowitz or his Freedom Center. If they can't get that right, what does that say about their scholarship in the classroom?

But I am going to put this "California Scholars for Academic Freedom" on my own list. In fact, I am going to give them their own link at Fousesquawk. Henceforth, you will find them under the heading: Fiction Section.


A German took the below-linked video in Duesseldorf during Rosenmontag (Rose Monday). The police are everywhere. The narration is in German with English sub-titles.

And why so many police? Ask Angela Merkel. It is to protect the Germans from the hundreds of thousands of low-lifes, criminals, rapists, and possible terrorists that she let into the country. 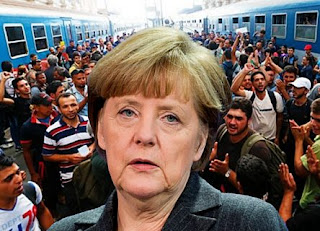