The above poster appeared at UC Berkeley. Does it remind you of the below poster from the Nazi era in Germany?

Translation: "Behind the enemy powers-The Jew"
"The German Student- Fighter for Fuehrer and the (German) people"


UC Berkeley is now, in my opinion, the most anti-Jewish university in the country. If you need proof, read the below article which reports the presence of anti-Jewish posters on campus.

Please don't bore me with your arguments that this only represents opposition to Israel or to Zionism. This is pure Jew hatred. With the active presence of Students for Justice in Palestine brown shirts at UCB, this should come as no surprise. The problem is that UCB not only has a multitude of radical students, but a feckless soon-to-be ex-chancellor named Nicholas Dirks, who has been too busy abusing his position to glorify himself and build escape routes from his office in case of protests-in addition to radical faculty who encourage and inspire this kind of ugliness.

To be sure, UCB put out a pro-forma condemnation of the posters, but do you think there will be a real investigation to find the culprits and remove them from the university? I seriously doubt it. With a little bit of effort, I am sure the culprit(s) can be found.

This, of course, all comes in the wake of an anti-Israel course now being offered at UCB which will be taught not by a professor or even an intern, rather by a Palestinian student and member of SJP. And you don't think this will be a biased course? We also know that the whole thing is sponsored by UCB Professor Hatem Bazian, a two-trick pony, who when he isn't railing against Israel is complaining about "Islamophobia". When news of this course prompted an avalanche of protests, the university briefly suspended it because it had not gone through the requisite authorizations (which were quickly granted and the course was reinstated). That is what the above poster is referring to. Do you think maybe-just maybe- the same people involved in the course might be responsible for the above poster? 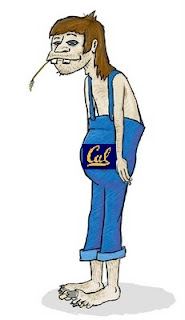 
UC Berkeley is beyond redemption. It should be sued for tolerating this type of climate. In addition, no Jewish donor or organization should support this university, nor should any Jewish student be attending this institution.

Posted by Gary Fouse at 5:44 PM No comments:


Greg Hicks was the deputy chief of mission in Tripoli at the time of the attack on Benghazi. He has recently retired from the State Department-and he is talking. Tonight he appeared on Megyn Kelly's show on Fox News. He does not think Hillary Clinton is fit to be president.

Hicks stated that in the months leading up to the attack, the mission was pleading for enhanced security (as we all know). Instead, their security detail was reduced and only two security officers were able to accompany Ambassador Chris Stevens to Benghazi when at least a dozen should have gone.

Hicks blames Clinton for delegating post security matters worldwide to her subordinates when it was the secretary of state who had the legal responsibility.

Hicks was also interviewed by ABC's George Stephanopoulos. He stated that he felt he was punished by the State Department for speaking out

I have a feeling Hicks will be seen and heard a lot in the coming weeks leading up to the election. This man was the deputy chief of mission in Libya., When he speaks, people should listen.
Posted by Gary Fouse at 9:50 PM No comments: 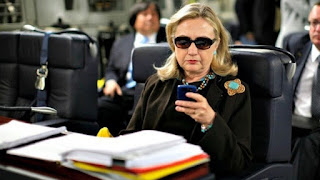 I remember during the Watergate scandal when it was found that a White House tape recording showed President Richard Nixon instructing his aides to use the CIA to make the FBI back off the investigation. It was the smoking gun that showed beyond doubt that Nixon was directing the cover-up. Within days, Nixon resigned.

That was then. Now it seems that every few days, another revelation comes forth that shows that Hillary Clinton and her aides violated every rule of security with her private emails or favors granted by the Clinton Foundation in return for large donations. Many of those favors involved some action by the State Department while Hillary was secretary of state.  Yet it seems to make no  difference. The main stream media ignores it and Hillary is still favored to win the presidency.

Now we learn that even after her emails were the subject of subpoena by Congress, the Platte River Company in Denver, where the emails and servers were stored, proceeded to delete said emails and destroy the devices-with a hammer no less-after being instructed to do so by Clinton aide Cheryl Mills.


"According to the FBI, Mills had instructed the engineer in December 2014 to delete all emails from the server older than 60 days old. But the engineer apparently forgot to delete the files and didn't realize his mistake until March 2015, the FBI said. That was three weeks after Clinton's email revelation and the House Benghazi committee's order that Clinton and her tech consultants retain all of her email records.
The report said that the engineer "was aware of the existence of the (Benghazi committee) preservation request and the fact that it meant he should not disturb Clinton's email data on the PRN server."


This revelation comes as a result of the FBI's document dump as they released the notes of their interview with Mrs Clinton using the Washington political tactic of releasing bad news on a Friday to help get the story buried over the Labor Day weekend.

I realize that the FBI went through some tough times under J. Edgar Hoover, but I am now shaking my head. Why was the interview with Mrs Clinton not taped? Why was she not given her Miranda warning? Why was Cheryl Mills, who was also under investigation and who had been interviewed herself, allowed to be present at the interview as some sort of counselor? She had a clear conflict of interest. James Comey told us that Hillary did not lie to agents during the interview. What he didn't tell us was that some 35 times, Clinton answered, "I don't recall." Why was there such a paucity (as has been reported) of follow up questions by the interviewing agents?

The information in the second paragraph above  is not just known to us now-they are known to the FBI. And they did not see any destruction of evidence here?

"Clinton and her longtime aide and lawyer, Cheryl Mills, told FBI investigators during questioning they had no knowledge of the technology company's deletions."

That would constitute a violation of 18 USC 1001, lying to a federal investigator conducting an investigation as to a material fact.

I firmly believe that these revelations would have sunk any presidential aspirant or president  back in the days when Nixon resigned. That, alas, was a different time. I guess Nixon was just born too soon. 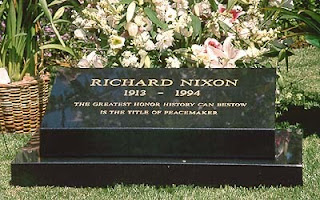