My main interest in watching Hillary Clinton's acceptance speech was not to hear what she had to say or how she would say it. I already knew. It would be the standard Hillary speech full of one-liners, harsh barbs aimed at Donald Trump, a laundry list of liberal goals, and lies all delivered with that Spade Cooley look that suggests she has lost her mind over the years. She didn't disappoint.

Hillary repeated the convention theme that is so contradictory. While heaping praise on President Obama, she talked about all the inequities, injustices and wrongs that she intends to fix. Why didn't Obama fix them? Which one is it?

Nor did I overlook those throw away lines in which she referred to our military as a "national treasure". This from the woman who as first lady didn't want the military aides attached to the White House to wear their uniforms. This from the woman who reportedly told a general who made the mistake of saying, "Good morning" to her one day in the White House  to "F-off". The rule in those days was that you did not speak to the first lady or even make eye contact with her unless she addressed you first. No amount of words from Chelsea Clinton telling us of how warm and fuzzy her mother is can wipe that away.

Nor can it wipe away the contempt she has for law enforcement. Hillary also threw out a line about appreciating the cops who protect us, but  the worst assignment a Secret Service agent can draw is guarding Hillary, who has always made it her habit to scream insults at them.

What is left is Hillary Clinton- the real person.
Posted by Gary Fouse at 5:00 PM No comments: 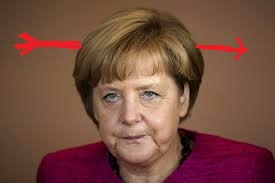 "We can make this work."


This is being reported in the Frankfurter Allgemeine. Today, in the southwestern town of Reutlingen in the German state of Baden Wuerttemberg, a 21-year-old Syrian asylum seeker has been arrested after killing a woman with a machete and wounding two others. The article says the man was known to police.

Police say the motive is "not clear".
Posted by Gary Fouse at 11:57 AM No comments:

Nice: Have We Had Enough?

As I write, the death toll in Nice is between 77 and 80 depending on which source you use. We don't have the age breakdown as yet, but surely there will be many children. I just watched French President Francois Hollande address the nation. It was a bunch of empty rhetoric. Here at home, it is reported that President Obama and DHS director Jeh Johnson have been briefed. Wonderful. Meanwhile, Hillary Clinton is calling for an "intelligence surge" as if the CIA has been on a 6-month vacation.

As I now regularly write, where is the next target? Will it be Marseille? Will it be Berlin? Possibly Chicago? Within a couple of weeks, we will know the answer.

It is time for the West to say, "Enough is enough".

First of all, let's drop this American government nonsense calling it "violent extremism". Even calling it "radical Islam" is too politically correct.

It is now time for the US, NATO and our Arab allies (the only ones I can confidently list are Egypt, Jordan and Iraq) to put the overwhelming number of soldiers on the ground in Iraq, Syria and Libya and wipe out the ISIS fighters both on the ground and from the air. Exterminate them like the vermin they are. Obama wants to close Gitmo. We need more Gitmos. As for Bashar Assad, the brutal president of Syria, overthrowing him is not a priority.

Then we (the West) must deal with those ISIS fighters, recruits, and sympathizers who are in Europe, the US, Australia and Canada.  They must be identified and either prosecuted if possible, deported or put into Gitmos. No, I am not calling for US Muslims to be interned as was done with Japanese and Japanese-Americans on the West Coast after Pearl Harbor. I am talking about targeting the radicals, the subversives, those who want to do us harm. This can be done in conformance with our laws and Constitution. I have never called for punishing innocent people. We don't do pogroms in this country and places of worship should not be attacked.

It is also time to close our doors. We can start with the Syrian refugees. We cannot vet them. We cannot even keep tabs on them when they arrive and are resettled by the various charities. In addition, Our visa policies must be changed. As things stand now, a Tunisian Muslim with a French passport doesn't need to apply for a visa. We need to able to scrutinize every last person who applies for a visa to come to the US-and everybody should have to have a visa. Other countries require it, so can we. Let other countries reciprocate against us if they don't like it. If I have to get a visa to go back to Germany, so be it.

Western civilization is in a war whether our feckless leaders know it or not. French people are dying on the streets of their own country. Americans are also dying on our own streets-in San Bernardino, New York City, Orlando and other places. As long as we continue to allow Muslims to flood into our countries, the body counts will rise.

In addition, the entire Muslim population needs to understand that if they subscribe to sharia law, they are not welcome here. If they are working, even peacefully, to advance a vision of an Islamic America in the future, they are not welcome here. We also need a government that will investigate organizations like CAIR, a subversive organization and shut it down. The same goes for ISNA, ICNA, MAS, MPAC and several others. I fully sympathize with peaceful Muslims who have no desire to live under sharia law here, have no designs of making Islam dominant in the US, and wish us no harm.  However, we cannot silence ourselves and regulate our language for fear of offending them. Besides, I don't see armies of Western Muslims going to Syria and  Iraq to fight against ISIS.

We must also acknowledge that far too many mosques in the West are radical breeding grounds. Saudi money has funded radical imams and radical teaching in many mosques in the US and the West. Saudi money has also funded the establishment of Middle East studies centers in our universities, staffed with leftist, anti-Israel, anti-West radicals. This must also stop. Our next president needs to have a heart-to-heart talk with the Saudis.

We are back to 1939-or in the case of the US, 1941. We are at war. Back then we had leaders like Churchill and Roosevelt. Today, we have Barack Obama, David Cameron Teresa May, Angela Merkel, Justin Trudeau,and Francois Hollande. It is a recipe for defeat. The West desperately needs new political leadership.

I hope voters will think very carefully about this in November.

The Somalis Next Door

I heard about this today while listening to an interview of Michele Bachmann on Sean Hannity's radio show. It is shocking and sickening, but it falls right into line with everything I have been saying about so many of the Somali immigrants for years. Now we have armies of them invading Minneapolis neighborhoods and threatening residents while police turn a blind eye. In the incident below, it took the police over an hour to respond to repeated 911 calls and no arrests were made.

I don't care how anybody reading this reacts. I just want to scream, "Get them out of our country!" I guess from reading the article most if not all of these delinquents are American citizens thanks to our government policy of bringing over 100,,000 Somalis to this country for whatever reason I can't explain.

No doubt some are good citizens (Ayaan Hirsi Ali is one of my personal heroes, but she is in a  different category.) But this insane government policy of flooding the country with Muslims just because their own countries are dysfunctional is insane. Too many Somali men have either  gone to join Al Shabaab or ISIS or have been arrested trying. Just this week, three more pleaded guilty to trying to join ISIS, and according to Bachman, the judge hearing the case is considering whether to sentence them to some kind of therapy!

I'll tell you something else that bugs me about this incident. Where the Hell were the men? I'd like to see them try this in Bullsnuts, Texas.

But alas, get ready for even more under President Hillary Clinton.
Posted by Gary Fouse at 4:45 PM No comments: