The Ahmadiya branch of Islam is considered heretical by mainstream Muslims because they believe in a latter day prophet from the 19th century. Therefore, the branch, which was founded in the British colony of India and mostly  centered in present-day Pakistan, is badly persecuted in that country and other Muslim countries where they reside. The Ahmadiyas have a good record when it comes to not being involved in terrorism. While the do subscribe to the Koran and revere Mohammad, along with the Sufis, they offer some hope of a peaceful coexistence between religions. Unfortunately, they are a small minority.

On November 18, Ahmadis managed to infiltrate a fund raiser featuring a speech by a Pakistani cleric in Springfield, Virginia. What they came away with is evidence of the type of thinking against non-Muslims (and Ahmadiyas) that has no place in America. The Ahmadiyas have posted this report in their newspaper, Rabwah Times.

"We went undercover to report on the day-long event which was organized by two U.S. registered charities, Idara Dawat-O-Irshad and Khatme Nubuwwat Center, both of which enjoy IRS tax-exempt status."

"The event’s keynote speaker was Habib-ur-Rehman Ludhianvi, a visiting Islamic cleric from Pakistan. In a 2016 piece, Ludhianvi who serves as the editor of monthly Millia magazine claimed that America was behind the assassination of former Pakistani Prime Minister Benazir Bhutto."

“Have all Muslim lawyers died, why cant they learn and understand U.S. laws and then go present their case in front of the judge and explain that Qadianis [Ahmadis] are disrespecting Islam……..Islam is our faith and they [Ahmadis] are portraying their religious beliefs as Islamic beliefs ……. it should be made criminal for them to do so”

"During a Question and Answer session, Pakistani speaker Habib-ur-Rehman Ludhianvi warned the U.S. Government to “stop giving refuge to the adherents of the Qadiani faith [Ahmadis]” who he claimed were worse than Jews &amp; Christians."

It seems there was a heavy Pakistani influence in this gathering.

Here is another report from an Ahmadi Muslim who attended. It appears in the Huffington Post.

I hope somebody in law enforcement is taking note.
Posted by Gary Fouse at 1:58 PM No comments: 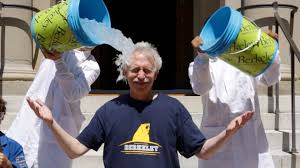 
Nicholas Dirks, the feckless former chancellor of UC Berkeley, is returning as a history professor. His topic? The history of the university. (Not clear if it is the history of UCB or universities in general). As the Daily Californian points out not all of those people in the department are thrilled, but they won't speak out publicly. (I thought UC Berkeley was the capital of free speech.)

It is also not clear if Dirks will get his custom-made escape hatch built into his classroom in the event of unruly students or protesters. That's what he had in his office when he was chancellor. 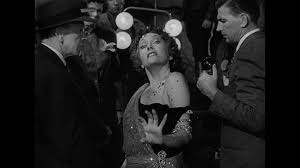 -"Your audience is waiting, Madame President."


Hillary Clinton is still, out there pimping her latest book and blaming the Russians and everybody else for her loss. In her latest interview with Mother Jones (the blog not the real person, of whom there must be tens of millions), Hillary once again laid blame on the Russians. She also blamed voter intimidation, which means she is lamenting the loss of all those crucial votes from illegal aliens and dead people.

Aside from being crooked, corrupt and dishonest, Hillary Clinton is also a very sick and demented woman. She has no idea just how badly she comes across as a sore loser. It's a wonder that anyone still wants to interview her and listen to the same sad story. I guess they figure if Hillary thinks up someone else to blame for her loss, they'll get a scoop.

As it is, Clinton is staring to remind me of Norma Desmond in the old movie, Sunset Blvd.
Posted by Gary Fouse at 4:32 PM No comments: 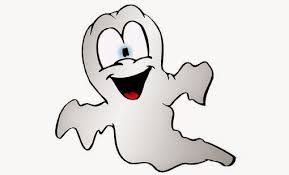 
It looks like UC Berkeley is on the lookout for......well, something even though no crime has been committed. It seems that some rascal put up posters in the dead of night that read (viewer warning) "It's OK to be white". The Daily Californian has the "disturbing" story.

It's refreshing to note that the campus police got it right for once. This is no hate crime because no other group was singled out. Given the current anti-white climate on college campuses, this seems a pretty innocuous way to point it out as being wrong. Maybe it's just another way to say to non-white students that white people are really not their enemy. Yet, it is clear that some snowflakes (no pun intended) on campus are offended. Their preferred message is that it is not OK to be white. Imagine if a poster read, "It's not OK to be black/brown/Asian", etc.
Posted by Gary Fouse at 3:53 PM No comments: