"Jewish Lives Have No Future in Sweden" 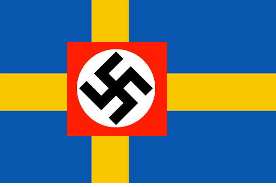 
"The same day that Jerusalem was struck by a new act  of terrorism where four young officer cadets were murdered by an Arab terrorist, the young Swedish Jew Stefan Shaul Lindmark wrote a farewell letter to Foreign Minister Wallstrom. In a remarkable article in The Times of Israel, Lindmark tells why he is leaving Sweden and moving to Israel."

Jihad i Malmo, a Swedish blog, has posted a letter that a young Swedish Jew has written to Sweden's foreign minister, a woman hostile to Israel. In this letter he eloquently informs her why he is getting out of Sweden and moving to Israel. It is compelling.

According to the number cited in the letter, there are only 15,000 Jews remaining in Sweden, and that number is decreasing as more and more leave the hostile atmosphere of Sweden and its ever-growing Middle Eastern and North African Muslim immigrants.

Enjoy the trade off, Sweden.
Posted by Gary Fouse at 7:51 PM No comments:

College Republicans Under Attack at Berkeley


I earlier cross-posted a report from The College Fix which describes the backlash that UC Berkeley College Republicans are facing over their sponsoring of an appearance by Milo Yiannopoulos on February 1.

The blog, Campus Reform has more information regarding the on-going campaign of harassment directed at CR.

Coupled with last week's disruption of an appearance by Yiannopoulos at UC Davis as well as the ugly reactions against him in other universities all over the country, it is clear that the concept of free speech in academia is limited to the left. CR chapters all over the country are learning what happens when they invite speakers like Yiannopoulois to campus. It is particularly despicable that now the far left loons on campus have manufactured phony posters alleging that the CR had invited white nationalist Richard Spencer to speak.

And where is that joke of a chancellor Nicholas Dirks? How can UCB tolerate this crap on campus? Physical harassment is not free speech.

As Slaughters Continue, US Is on Guard Against-Islamophobia

It doesn't seem possible that we in the West could have things so much in reverse, but instead of guarding against further Islamic encroachment, our leaders are determined that we should not think ill of Islam just because people are being slaughtered en masse virtually every day in the name of Allah. Islamophobia is the thing we must guard  against.

This is how it works. Some terrible deed is carried out in America by a jihadist inspired by ISIS or Al Qaeda. Or perhaps, a horrible scene takes place in Europe like Berlin, Brussels or Paris to name a few. Instantly, here in the US, the CAIR bears and their gullible supporters in the media and Justice Department began warning of Islamophobia and impending acts of retribution against innocent Muslims-which don't happen. In fact, most of the reported "hate crimes" like a Muslim woman in hijab being assaulted or insulted turn out to be manufactured hoaxes. Remember that notorious letter sent out to various mosques threatening violence? Not only has the threat not materialized, but we still don't know who the writer was.

The fact is that Jews are far more under the gun than Muslims, yet that is a story that has no legs. The media could care less. The fact is that with rare exceptions, Americans have responded in an exemplary manner to all the horrors of Islamic terror and intolerance. We don't lash out at innocent Muslims, and I have been very clear that it would be un-American to do so. But anybody who thinks there is no threat out there and that all these horrific attacks have nothing to do with Islam is deluding themselves.

Posted by Gary Fouse at 1:19 PM No comments: