There are those idiots misguided individuals who post on message boards who show lists of so-called Israeli terror attacks. Yet they refuse to believe that their heroes, the PalArabs did more than a couple of them.

When you read or hear them say this, pull up this list and then ask:


Suppose Israel was your nation, state or town? What would you do?

What would any nation do if a minority started to carry out terror against the citizens of the nation on this level?

August 2003 to Today  After the Security Fence 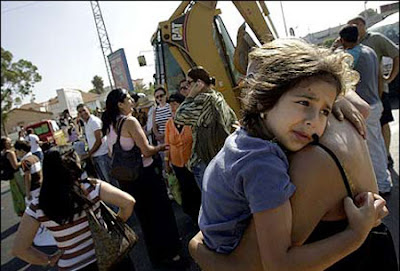 List Of Terrorists Being Released This Week For No Good Reason. And Their Forgotten Victims  The first prisoners to be released under President Obama's orders to bring the Fakistinians to the Peace Table.

Radical terroists, no matter thier religion,or local all share one common belief, they are convinced, indeed, brainwashed, to think that they are doing GOD a favor by ridding the world of anyone that doesnt believe the way they do.thier agenda is death thier master is not GOD but satan,so it is a perpetual fight against these creatures, i say creatures because if they were human then they would maybe have a heart for all the innocents they kill.They will meet ALMIGHTY GOD someday and then how will they explain away all the blood on thier hearts, thier very body parts will witness also against them, when they are fallen before that great white throne will they even dare to think of denial, in effect calling thier creator a liar. GOD forbid.but, my prayers for thier salvation ever goes up for them.