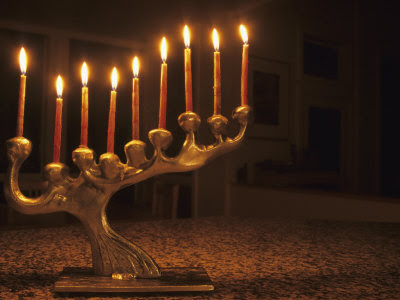 Tonight is the first night of Chanukah, the Festival of Lights.  Although not a major holiday (a very minor holiday), it is a fun holiday filled with good food, fun games, presents, and a Menorah blazing with lights.


Chanukah in a Nutshell

Chanukah -- the eight-day festival of light that begins on the eve of the 25th of the Jewish month of Kislev -- celebrates the triumph of light over darkness, of purity over adulteration, of spirituality over materiality.

More than twenty-one centuries ago, the Holy Land was ruled by the Seleucids (Syrian-Greeks), who sought to forcefully Hellenize the people of Israel. Against all odds, a small band of faithful Jews defeated one of the mightiest armies on earth, drove the Greeks from the land, reclaimed the Holy Temple in Jerusalem and rededicated it to the service of G-d.

When they sought to light the Temple's menorah (the seven branched candelabrum), they found only a single cruse of olive oil that had escaped contamination by the Greeks; miraculously, the one-day supply burned for eight days, until new oil could be prepared under conditions of ritual purity.

To commemorate and publicize these miracles, the sages instituted the festival of Chanukah. At the heart of the festival is the nightly menorah (candelabrum) lighting:: a single flame on the first night, two on the second evening, and so on till the eighth night of Chanukah, when all eight lights are kindled.

Chanukah customs include eating foods fried in oil -- latkes (potato pancakes) and sufganiot (doughnuts); playing with the dreidel (a spinning top on which are inscribed the Hebrew letters nun, gimmel, hei and shin, an acronym for Nes Gadol Hayah Sham, "a great miracle happened there"); the giving of Chanukah gelt, gifts of money, to children; and the recitation of special prayers and hymns.

Here is a little gift to help you celebrate the first night: 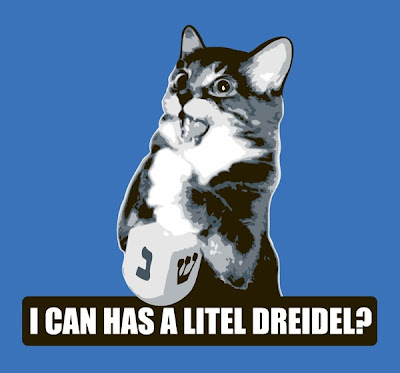 Hi! Happy Chanukah to you as well!

We all love the Maccabeats, but you should check out the hilarious New York and NCSY themed Chanukah video as well. It features real people in NYC deciding to get into the holiday spirit by dancing to fantastic parody pop songs.

Check it out here.