When Your Camouflage Instructor Is A Star Wars Fan.

Or The Iranians Are Cloning Yetis.

Hat Tip to Elder of Ziyon

Yes either one must be true when one looks at these pictures of the Army Day parade in Tehran on April 18, 2010. 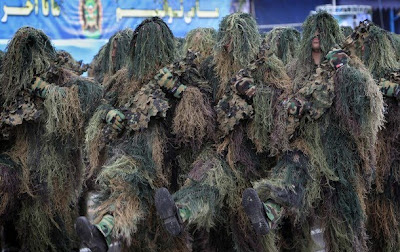 Iranian Wookies preparing to battle Israel, the US, or Darth Vader.
These fearless fighters were recently seen during the Army Day parade (Starting time 0:25).


These same ogres creatures were recently spotted in Gaza.

These Wookie/Yeti creatures seem to have bad eye-hand coordination as seen by this Wookie (Left) trying to place a sighting device on his weapon.

Without uniforms, pouches or even a backpack gives these Marching Wookies/Yetis (Right) no place to store extra ammunition clips.  Bad idea in a fire-fight. 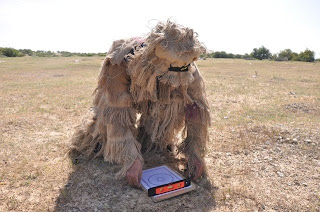 Hot and heavy on the job.
Yes, if you have the fortitude, the endurance, the stupidity, and you can find your way to Tehran, or Gaza, then you too can become one of: 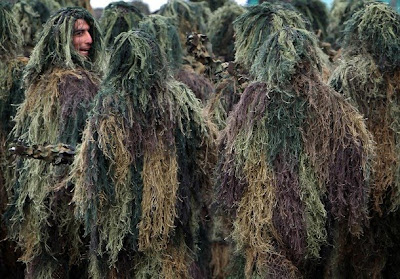 The Iranian Wookies!
Posted by Findalis at 9:00 AM

I think I can smell that from here. What are they going to do? Invade a swamp? LOL

I've had cats that hacked up better looking hairballs than how these clowns look.

If this is the best Iran has to offer, I figger Isreal better train their armed forces in techniques on how not to die from laffin.

Welcome to the playground Cameltoad and Jadedfellow. I do hope you will enjoy your time here.