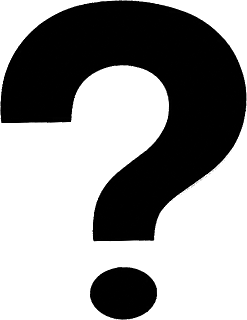 Just a short quiz kiddies.  Nothing to it.  Relax, take your time, enjoy.

This will count towards your grade.


If, like many people, you have clear views on the Arab-Israel conflict, and/or you are convinced that you know how to bring peace to the Middle East--or you just want to see how much you know, you are invited to try the following quiz.

Answer the questions but don't check them until you are finished. Check your score at the bottom.

1. As is well known, Palestine is the Holy Land for Judaism, Christianity, and Islam. Palestine’s sanctity in Islam is expressed in the fact that the Koran mentions Palestine:
a) 1,034 times;
b) 837 times;
c) 408 times;
d) 1 time;
e) never.

2. Jerusalem is the third holiest city for Islam (after Mecca and Medina). In honour of this status, the Koran refers to Jerusalem as:
a) Al-Kuds (“The Holy”);
b) Al-Medina al-Kuds (“The Holy City”);
c) Urusalim (“Jerusalem”);
d) Al-Kibla al-Awalani (“The First Direction [of prayer]”);
e) By no name, because Jerusalem is never mentioned in the Koran.

4. The Jewish claim to the Holy Land is that God promised it to them. Moses – the Jewish national leader – is quoted as saying: “O my people! Remember the bounty of God upon you…and gave you that which had not been given to anyone before you amongst the nations. O my people! Enter the Holy Land which God has decreed for you”. This speech of Moses is recorded in:
a) the Book of Exodus;
b) the Book of Isaiah;
c) the Talmud;
d) the Midrash;
e) the Koran (Sura 5:20-21).

5. In popular literature, historical discussions, political debates, and other forums, the Palestinians’ standard claim is that they are:
a) the descendants of the Biblical Philistines (a European tribe originating in Crete, who invaded the Holy Land in the early Biblical period);
b) the continuation of the Biblical Canaanites (a Hamatic tribe, in perpetual warfare against the Philistines);
c) the descendents of the earliest Christians (i.e. Jews);
d) an integral part of the Arab nation (a Semitic nation originating in Arabia, and entirely unconnected to the Philistines, the Canaanites, and the Jews);
e) all of the above.

7. The earliest mention of a place called Palestine in history is:
a) in the Hebrew Bible, in the Book of Genesis, when God commanded Abraham to go to
Palestine;
b) in the Hebrew Bible, in the Book of Joshua, when the Israelites conquered Palestine;
c) in a stone plaque dating from about 600 BCE, commemorating the Babylonian conquest of Palestine;
d) in the New Testament;
e) in the year 135 CE, after the European Roman invaders defeated the Jewish revolt in Judea, and re-named the province Palestine.

8. “There is no such country [as Palestine]! ‘Palestine’ is a term the Zionists invented! There is no Palestine in the Bible. ‘Palestine’ is alien to us.”
Who said these words?
a) Golda Meir, Prime Minister of Israel, in a speech to the American Zionist Organisation, 1972;
b) Moshe Dayan, Minister of Defence of Israel and former Chief of Staff of the Israel Defence Forces, addressing the General Staff, 1968;
c) Benjamin Netanyahu, Prime Minister of Israel, in his election victory speech, 1996;
d) Abba Eban, Israeli Ambassador to the United Nations, in a speech in 1981;
e) Auni Bey Abdul-Hadi, a local Arab leader, addressing the British Peel Commission, 1937.

9. “The ‘Palestinian People’ does not exist. The creation of a Palestinian state is only a means for continuing our struggle against the State of Israel.”
Who said this?
a) Egyptian dictator, President Gamal Abdul Nasser, addressing the Egyptian parliament, a month after the Six Day War, July 1967;
b) Jordanian King Hussein, a week before the Six Day War, May 1967;
c) Syrian dictator, President Hafez al-Assad, addressing the Arab League, 1994;
d) Iraqi dictator President Saddam Hussein, addressing the Iraqi nation in a televised speech, 2002;
e) Zahir Muhsein, executive member of the PLO, in an interview with the Dutch newspaper Trouw, March 1977.

13. As its name suggests, the raison d’etre of the PLO (Palestine Liberation Organisation) is to liberate Palestine. Accordingly, the PLO has fought to establish its independent state in:
a) the whole of Israel, starting with Judea, Samaria, and Gaza (the “occupied territories”);
b) sovereign Israel alone, rejecting any claim to Judea, Samaria, and Gaza (prior to the Six Day War);
c) Jordan (in the late 1960s and early 1970s)
d) Lebanon (from the mid-1970s until 1982);
e) All of the above.

19. Since the Israeli “occupation” of Judea, Samaria, and Gaza in 1967, nine Palestinians have been sentenced to death by the courts and judicially executed, and scores – probably hundreds – more have been executed in extra-judicial killings. All of them, without exception, were executed:
a) by the Israeli military occupation authorities;
b) by the Israeli Army after military courts-martial;
c) by the Israeli civil administration, following criminal trials in civilian courts;
d) by Israeli civilian courts, acting under special emergency regulations;
e) since September 1993 by the Palestinian Authority in the autonomous zones, because Israel, alone in the Middle East, does not use the death penalty.

20. In early October 2005, an estimated 650 people charged the security fence/separation barrier, and an estimated 350 succeeded in crossing it. Security forces responded with bayonets, shotguns, and rubber bullets, killing between ten and fifteen people and injuring dozens more. This incident was given minimal media attention, and has been entirely forgotten, because:
a) the world media is biased in Israel’s favour;
b) a dozen Palestinians killed is so commonplace, it is not even newsworthy;
c) the Israeli authorities imposed a media blackout;
d) Jewish settlers intimidated the journalists and photographers into silence;
e) the incident occurred along the security fence in Morocco, separating sovereign Morocco from the Spanish Sahara, and the security forces in question were Spanish.

Now add up your score.

If your score is 20, then you answered a) to every question. This means that you got every single answer wrong, and that you are politically correct and base your ideas of the Middle East on standard anti-Israel and pro-Arab propaganda lies rather than on the truth. Since you are more concerned with Israel-bashing than truth, and since you parrot every canard peddled by pro-Arab propagandists, you are ideally suited to become a European career diplomat accredited to the Middle East, or a BBC or CNN reporter, or a journalist for Haaretz.

If your score is between 21 and 99, then you might have a more open mind than others, and you might know slightly more than the average media report contains. You might be interested in studying more on the subject.

If your score is 100, then you answered e) to every question. This means that you got every answer right. This suggests that you have a good, solid knowledge of the issues involved and are uninfluenced by propaganda. Be careful: people infected by independent and honest thought tend to become targets of Islamic terrorists and their left-wing cohorts. At the very least, they get demonized as “right-wing fanatics”.

If your score is below 20 or above 100, this means that you cannot count properly. Why not consider a career as the Secretary General of the United Nations?
Posted by Findalis at 9:00 AM

That's a great quiz. Should be interesting if any Muslims/Arabs and sympathizers visit and take it. You know their answers and ours won't be the same.

This was almost too easy after about the third or fourth question. I just skimmed the rest, knowing that "e" was the answer to every question.