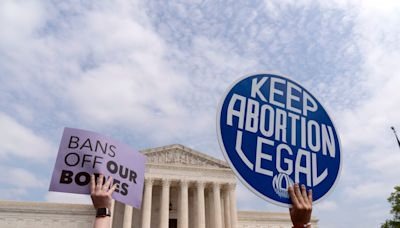 Since Monday, the number one issue in the US is the apparent leaking of a Supreme Court draft document indicating that the Court is about to overturn Roe v Wade. There are two issues at play here. First is the significance of the decision-if that is indeed the final decision (which Chief JusticeJohn Roberts denies), and second-and more importantly, in my view-the leak itself.

Let us set aside any debate on the issue of abortion itself (I am pro-life). Whether you are for or against abortion, we all should be concerned about how this document-which Roberts concedes is genuine- got turned over to Politico. It is almost certain that it was turned over, if not by one of the justices (which I doubt), by someone employed in the Court, possibly a law clerk.

If so, this is a gross violation of the confidentiality and independence of the court. While it is true that the nomination and confirmation of Supreme Court justices have become highly politicized over the years, the Court was always considered independent, and its processes were considered confidential. To my knowledge, this is the first time in the history of the Court that this has occurred.

While we don't yet know who is responsible for the compromise of this document (We should know soon), the motive would appear to be that some disgruntled person within the Supreme Court building wanted to short-circuit what appears to be a coming decision against Roe v Wade. That would involve provoking nation-wide protests, which have already begun, and a campaign of pressure against one or more justices to change their vote before it is made public. Could threats against certain justices be far behind?

It should be noted that if this is the final decision of the Court, abortion will not be outlawed. The issue will merely be returned to the states, their voters, and their legislators to either allow it, ban it, or allow it with certain restrictions. Women wanting an abortion will still, almost certainly, be able to travel to California, New York, or several other states if their own state bans it.

Since the news broke, I have been watching the reactions on Fox News, CNN, and MSNBC (not continuously). Most of the discussion on Fox revolves around the leak and its serious implications for the Court. All I have seen on CNN and MSNBC are discussions about how this decision would be a disaster for women's reproductive rights. Again, I may have missed something on these two networks, but they don't seem to be concerned about the leak per se. I would guess that once the person's identity becomes known, that person will be heralded by the left as a "heroic whistleblower".

In short, the Court is in dangerous waters, not because of the decision-whatever it is- but because of this leak. If the eventual decision is changed because of this leak and public pressure, the credibility of the Court will be destroyed. If the President and the Democrats decide to pack the Court and succeed in doing so, the Court's credibility will be destroyed. It will mean that aside from the obvious fact that the nomination and confirmation of Supreme Court justices is politicized, their deliberative and decision-making process have also become politicized. We cannot have that. 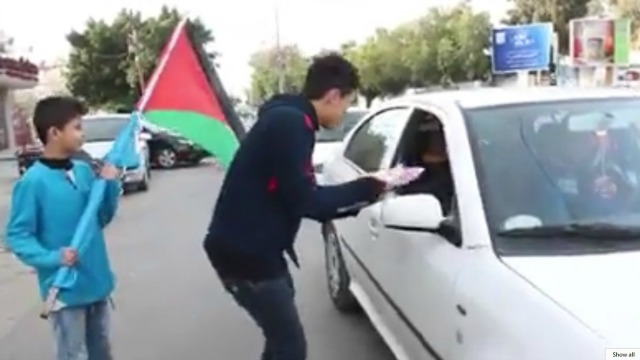 Never underestimate the gall of the pro-Palestinian lobby in the US. The month of March witnessed three deadly terror attacks against civilians in Israel by Palestinian killers. In these three separate attacks, 11 Israelis were killed, most of them civilians. This was widely hailed in the West Bank and Gaza where people poured out onto the streets and passed out candy. Thus, it appears that Israel may be on the brink of another so-called intifada (uprising). Previous intifadas in the past decades have cost the lives of thousands of people on both sides. The important point is that they were started by Palestinians.

And keep in mind also that intifadas are much more than marches, protests, passive resistance, and people using slingshots against the guns of Israel's military. They include murderous attacks against innocents, using guns, knives, bombs, or cars.

So it strikes me as particularly obnoxious when Palestinian supporters turn out in American cities and college campuses and proclaim their support for intifadas. Especially obnoxious are the actions of these people in their Palestinian scarves with the black and white doo-dads marching in New York City this week and calling for a "global intifada," as the Jewish News Syndicate reports. Keep in mind that New York City has a large Jewish population, and the city has experienced a disturbing number of anti-Jewish attacks in the last few years. This is evidence that the anti-Semitism rampant on university campuses has metastasized into our society at large-at least among certain segments of our population. It is troubling, and I lay most of the blame on the pro-Palestinian lobby in the US.

It is instructive that these people would be calling for a global intifada. They can define it as they want, but history has shown us that intifadas are murderous attacks against innocent civilians, women, and children. Combine that word with chants like, "From the river to the sea; Palestine will be free". The "river" is the Jordan River on Israel's eastern border, while the sea is the Mediterranean on its western coast. That means no more Israel and no more Jews. A global intifada would mean more deadly attacks against Jews on the streets of cities all over the world including here in the US.

That is a concept that the majority of clear-minded, decent Americans will never embrace. In spite of all the efforts of the pro-Palestinian crowd, which include appeals to blatant anti-Semitism, a solid majority of Americans still stand with Israel and reject this Jew-hatred that is deeply embedded in the Middle Eastern mindset.

The pro-Palestinian crowd would do well to remember that this is not the West Bank or Gaza, where acts of terrorism are celebrated. We have laws against violence in this country, and plenty of jail cells to accommodate these folks. We don't want their intifada in our country. It is time we stand up to these bullies. What took place in New York this week does not represent America.

Posted by Gary Fouse at 2:42 PM No comments:

"Period equity, or menstrual equity, refers to having equal access to free period products regardless of one’s gender, and, in turn, dispelling existing stigmas around menstruation."

-City on a Hill Press (UCSC)
In these dark times, it's time for some laughs, and what better source of humor is there than the University of California at Santa Cruz, America's Wackiest University and home of the Banana Slugs?
UCSC has once again become a trailblazer when it comes to recognizing marginalized groups-like women during that time of month. So now, in the name of period equity, the school has introduced tampon machines in its bathrooms-at least those designated as "all-gender" bathrooms in a particular building on campus. (Don't they mean "both gender"? Just askin'.
"Earlier this quarter, the first free menstrual supply dispensers were installed in all-gender restrooms on the third floor of the Bay Tree Bookstore and in the Redwood Building."
But Dear Readers, Let's don't be too harsh on the young lady pushing this idea. After all, she is just a young college student who is having all these ideas planted into her mind by the so-called adults who are responsible for educating her. Where else could a young person get the idea that a (publicly-funded) university should be giving out free condoms when those fortunate enough to attend the University of California at any campus can clearly pay for them? And if you think this is an equity issue, I say men can buy their own condoms as well.
Posted by Gary Fouse at 4:56 PM No comments: