Palestinians are the Indigenous People?

Again and again this Truth Seeker hears this cry. But the Palestinians were here first! They are the indigenous people of the land. To look at recent history one might at first agree with it. But recently genetic studies have shown them not as indigenous as one might have thought.

A study by the University of Chicago found that Arab populations, including Palestinians, Jordanians, Syrians, Iraqis, and Bedouin, have at least some sub-Saharan African genes. Non-Arabs from the region, including Turks, Kurds, Armenians, Azeris, Georgians, and Jews did not have any African roots. A possible explanation is the proximity of the Arabian peninsula to the Black African nations. This conclusion is favored by the fact that Yemenite Arabs have 35% Black African genes in their mtDNA (which passes through the mother), while others have less. Yemen, of course, is very close geographically to several Black African nations. Other Arabs, especially those far away from the Arabian peninsula, have as little as 10% African blood in their mtDNA. As such, it is possible that the African gene was merely diluted by the introduction of non-Arab (and non-African) genes to the pool when Arabs began to conquer other Middle East people after the rise of Islam. The "real" Arabs -- those who have Arab ancestors stretching beyond the last 1,400 years - are actually 35% Black in their mtDNA. These Arabs are from the Arabian peninsula.

Only the Christian Arabs have a genetic link to the land.

Palestinians, however, differ from other Arabs in some ways. As the web site for Harper's Magazine reported, one study showed that Jews and Palestinians have common ancestry that is so recent that it is highly likely that at least some of the Palestinian blood actually descends from Jews. [3] Another study by New York University confirmed a remarkable similarity between Jewish and Palestinian genes. "Jews and Arabs are all really children of Abraham," said Dr. Harry Ostrer, director of the Human Genetics Program at New York University School of Medicine, who worked on the study. "And all have preserved their Middle Eastern genetic roots over 4,000 years.

According to several other studies, Palestinians and Jews are genetically closer to each other than either is to the Arabs of Arabia or to Europeans. A study of congenital deafness identified an allele limited to Palestinian and Jews of Ashkenazi origin (those who lived in Europe in recent centuries), suggesting a common origin. Furthermore, Y-chromosome polymorphism is very similar among Palestinians and Sephardic Jews.

There is a significant Christian population among Palestinian Arabs, leading some to claim that at least part of the Palestinian population (the Christians) descended from the original followers of Christ, who were, of course, Jews (they were Jews ethnically, even if they didn't follow Judaism).

These people can claim decent from the original Christians who were once Jews in the land.

They claim a long standing claim to Canaan and how they are the original Canaanites. Again genetic studies show only Arab Christians with any of these genes, but surprisingly also show that Jews from Europe with these genes too.

It has been shown that Jewish men of the Cohen line (Priestly caste) has a deep genetic link to Israel. Jewish Genetics are being studied on the male line, and the female line studies should be out next year.

Forgetting genetics, something now the Palestinians are trying to do. Let us turn to history. History shows that there has always been a Jewish presence in Israel for the last 3500 years. 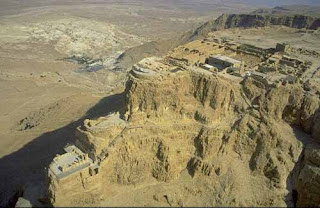 Historical evidence of this presences in found in the historical writings of the Babylonians, Greeks, Roman, Muslims, Crusaders, Turks and Westerners. Mark Twain mentions the Jews in his travels. The Greeks mention the Jews and their obscene practice of circumcision. The Romans mention them in many places. So looking at historical sources, I give you, the Truth Seeker the following:


For 3500 years there has never been a time when there wasn't a Jew in the land of Israel. We have always been there.

In conclusion, the only logical verdict there can be is:

The Jews are the Indigenous People of Israel. The Palestinians are the outsiders, mostly from Yemen and should be returned to their ancestral land.

Words Matter
Who and What are the Palestinians

what a thorough post girl!..I will look into toning down the pink at WHT so u can visit and comment more often k?..:)

Thanks, Woman. I'm getting old. And thanks for the post. I calls them as I sees them.

Truth Seeker indeed. We must blame the seductive Hagar and foolish Sarai - and then Jacob stole the blessing and, well, you know...

This is excellent. Mine was one of my first posts - and I drag it out at every opportunity. I'm not Jewish but I feel a strong kinship. Joan Peters' book riveted me to a reading chair for a long time. I was astonished, and not only was I astonished but it brought up things I had not pondered before.

I was glad to see Fred at IsraPundit posting on the "words," because it does matter.

I'm putting your article in mine, under "related reading."

You need to get yourself some trackbacks:-)

Now being new to blogging I have to ask:

What's a trackback? And how do I get one?

Your last statement doesn't make any sense. Saying "The Jews are the Indigenous People of Israel. The Palestinians are the outsiders, mostly from Yemen and should be returned to their ancestral land." The evidence you use says, "Palestinians and Jews are genetically closer to each other than either is to the Arabs of Arabia or to Europeans."
The evidence clearly does not support your point. With that sort of evidence, clearly BOTH Jews and Palestinians are the Indigenous People of Israel.

If you had read the article you would have understood that Christian Arabs and Jews have a genetic link. The Muslim Arabs don't have such a link.

Don't know how I missed this article, thanks for sharing. I'm going to send the link to Marcus Wilder, the author of the Israel book.