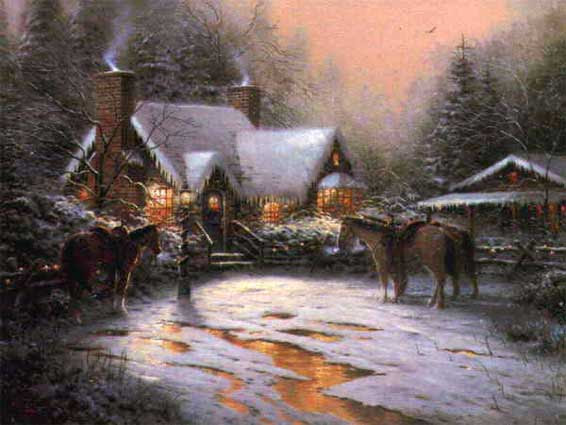 Artist Thomas Kinkade, whose brushwork paintings of idyllic landscapes, cottages and churches have been big sellers for dealers across the United States, died Friday, a family spokesman said.

Kinkade, 54, died at his home in Los Gatos in the San Francisco Bay Area of what appeared to be natural causes, David Satterfield said.

Kinkade's sentimental paintings, with their scenes of country gardens and churches in dewy morning light, were beloved by middlebrow America but reviled by the art establishment. He claimed to be the nation's most collected living artist, and his paintings and spin-off products were said to fetch some $100 million a year in sales, and to be in 10 million homes in the United States.

His paintings generally depict tranquil scenes with lush landscaping and streams running nearby. Many contain images from Bible passages. 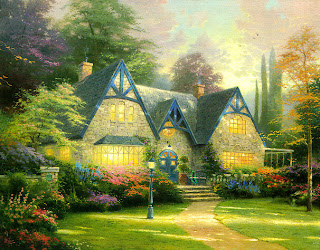 "I'm a warrior for light," Kinkade, a self-described devout Christian, told the San Jose Mercury News in 2002, in reference to the medieval practice of using light to symbolize the divine. "With whatever talent and resources I have, I'm trying to bring light to penetrate the darkness many people feel."

Before Kinkade's Media Arts Group went private in the middle of the past decade, the company took in $32 million per quarter from 4,500 dealers across the country 10 years ago, according to the Mercury News. The cost of his paintings range from hundreds of dollars to more than $10,000.

A biography on his website states that Kinkade rejected "the intellectual isolation of the artist" and instead, made "each of his works an intimate statement that resonates in the personal lives of his viewers."

"I share something in common with Norman Rockwell and, for that matter, with Walt Disney," he said. "In that I really like to make people happy."

Kinkade was born and raised in the Placerville, Calif. He studied at the University of California at Berkeley and the Art Center College of Design in Pasadena.

"Thom provided a wonderful life for his family," his wife, Nanette, said in a statement. "We are shocked and saddened by his death."

While I wasn't a fan of his art, I know many who were.  And giving one of his paintings as a gift was always appreciated.  He will be missed and his art will only increase in value. 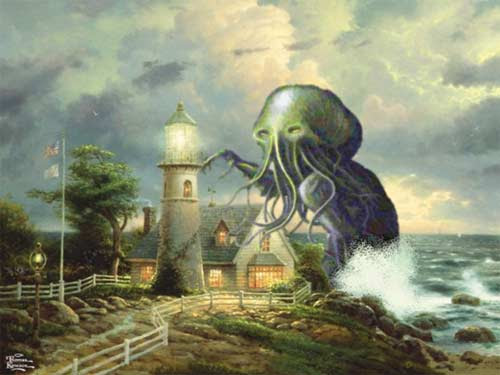 Yes he will be missed. The comman man didn't miss his message.