HACKENSACK, N.J. – An unemployed teenager charged Tuesday with firebombing two synagogues is an anti-Semite whose hatred of Jews guided his actions, authorities said.

Anthony Graziano, of Lodi, (Pictured left) was charged with the Jan. 11 attack on a Rutherford synagogue and the Jan. 3 firebombing of a synagogue in Paramus. He was being held on $5 million bail.

"We have no doubt that the arson and attempted murder in Rutherford were a direct result of Mr. Graziano's hatred of people of the Jewish faith," county prosecutor John Molinelli said Tuesday.

Molinelli and other authorities didn't speculate on what may have spurred Graziano to action. They described him as a 2010 high school graduate and loner who lacked access to a car but searched for nearby synagogues on the Internet and rode his bike to the two locations and, at the Rutherford synagogue, threw several Molotov cocktails and other incendiary devices before fleeing. He is believed to have acted alone.

Graziano's father, whose name is also Anthony Graziano, told The Record newspaper that he sees his son infrequently but that his son had never said anything to suggest he had any animosity toward Jews.

He called his son a great kid but said "he's confused."

A man who answered the door at the teen's home in Lodi told The Associated Press that the young man's mother was too distraught to speak and had known nothing of his activities.

The Rutherford attack narrowly avoided causing serious injury and possibly death. According to police, the Molotov cocktails were thrown at Congregation Beth El early on Jan. 11, igniting a fire in the second-floor bedroom of Rabbi Nosson Schuman's residence. The rabbi, his wife, five children and his parents were sleeping at the time. Molinelli said Graziano knew people were in the residence when he threw the bombs.

"I'm elated," Schuman said Tuesday about the arrest. "It's been a very stressful two weeks even with police coverage at our home. We're still a little scared because obviously this guy's not normal. Maybe this will restore life back to some normality, though we will still be doing outreach to try and restore unity."

The fire at Congregation K'Hal Adath Jeshuran in Paramus was discovered on the morning of Jan. 3 when members smelled gas in the building and contacted authorities. Fire and police officials determined an accelerant had been used in the rear of the building to start a fire. The fire had quickly burned itself out, and no injuries were reported.

Molinelli speculated Tuesday that Graziano might have changed his methods after the Paramus attack, resulting in far more firepower directed at the Rutherford synagogue.


Graziano's arrest was the end result of meticulous police work combined with an alert public. Once the ingredients of the bombs used in the Rutherford attack were identified -- low-grade motor oil, duct tape, hairspray and empty bottles of raspberry Crush soda -- investigators searched for stores that sold all those items. They came up with a Wal-Mart in nearby Saddle Brook and were able to pull surveillance video showing a man buying those items on Jan. 9.
Last week, they released still photos and video and received tips that led them to Graziano late Monday at the residence where he lives with his mother and siblings. Molinelli implied that evidence taken from Graziano's residence related to the synagogue attacks wasn't the only indication of his religious views, but he declined to elaborate.

In the weeks leading up to the fire bombings, anti-Semitic graffiti was discovered at synagogues in Hackensack and Maywood, according to police. Two days after the Rutherford attack, a swastika was found scrawled in a park in Fair Lawn, though police haven't said if it is connected to the other incidents.

"It is very disturbing that a hate monger was living right in our midst in Bergen County," said Etzion Neuer, acting New Jersey director of the Anti-Defamation League. "But this sends a message that it will not be tolerated."

What is disturbing is the silence the MSM, President, Governor of NJ, and other Community Leaders.  Given the crimes and the victims I'll be surprised if this poor, unemployed, minority child will get any punishment more than a slap on the wrist.  After all that we all know who the "true" victim is here. 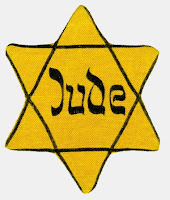 way to go Rutherford Police...just let all the criminals know how he was tracked down (in reference to the highlighted area above) but other than that, good job!

Meanwhile...this has nothing to do with the story but where Saddle Brook was mentioned brought back some memories. Back in the 90's I was a consultant for the food industry (lots of travel) and one of my clients was the Marriott Hotel in Saddle Brook...that's all...just a bit of personal trivia.

Meanwhile (again) ...Do ever visit Alan Keyes website? Check this out:
OBAMA TO SELL OUT ISRAEL WITH ROGUE PALESTINIAN STATE here
http://www.declarationalliance.org/

Would normally be the case Norm, but my sources tell me that Bibi has his own 'October Surprise' for Obama.

I think it will destroy Obama's chances.