Defend The Constitution Of The United States* 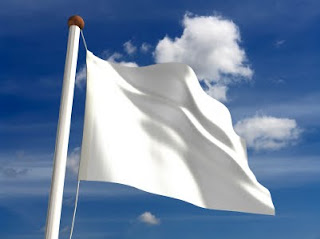 Are the last words of the Presidential Oath of Office that every President since George Washington took and swore by. Until now.  For today Barack Hussein Obama is formally signing the surrender of the United States to any and all foreign powers who attack this nation with a Weapon of Mass Destruction.


President Obama, fresh off the announcement of agreement with Russia to reduce nuclear arms stockpiles, plans to unveil a nuclear weapons strategy Tuesday that will limit the United States' potential uses of such weapons -- even in self defense.

Obama, in an interview Monday with the New York Times, said he would make an exception for "outliers like Iran and North Korea" in revamping the United States' nuclear strategy.

With the new approach, Obama sees the United States leading by example in efforts to reduce the proliferation of nuclear weapons and eventually make them obsolete, the president told the Times, signaling a clear break with his predecessors on the issue.

Instead, threats could be dealt with by "a series of graded options," he said, combining old and new conventional weapons.

"I'm going to preserve all the tools that are necessary in order to make sure that the people are safe and secure," Obama told the Times.

Right. By teaching them to sing Kumbaya? With this idiotic idea no one in the US will ever be safe again!The Obama administration plans to urge Russia to return to the bargaining table following Senate ratification of the new START arms reduction treaty, to be signed by Obama and Russian President Dmitry Medvedev in Prague on Thursday.

The White House hopes to overcome Russia's expressed reluctance to move beyond START, especially if it means cutting Moscow's arsenal of tactical, or short-range nuclear arms.

These so-called theater nuclear weapons play a key role in Russia's overall defense strategy and are regarded in Moscow as an important bargaining chip on security issues.

The timing of a planned U.S. push for new, broader arms talks with Russia is uncertain. But officials said the proposal would only come after U.S. and Russian legislative approval of the new START pact, which isn't expected until the end of this year.

The Russian parliament is almost certain to sign off on any deal negotiated by the Kremlin, but the U.S. Senate's ratification of the new START treaty is far from a sure thing.

Obama is hosting dozens of world leaders in a nuclear security summit in Washington next week.

One senior administration official told the Associated Press that the U.S. wants another round of talks between the White House and the Kremlin that would include so-called "non-deployed" nuclear weapons -- the thousands of warheads on both sides that are held in reserve and not ready for immediate use.

I for one know that the United States has remained safe and secure because our enemies knew that if they attacked us, we would wipe them off the face of the Earth!  Now they just laugh at us.

The Kool-Aid drinking, Kumbaya singing, Moonbats who support this sorry excuse for sitting US President will love this new idea from their God!

With Obama's idea of National Security we should be seeing this rising from one or more of our cities in the near future:

A very comforting thought isn't it?

* The full oath of office for the Presidency of the United States is:

Well, frankly, the strategy documents are not worth the paper they are written upon. So I wouldn't worry about that too much.

The readiness of the POTUS to use what it takes when it's necessary is quite another matter, though.