Overcoming Their Own Worst Enemy 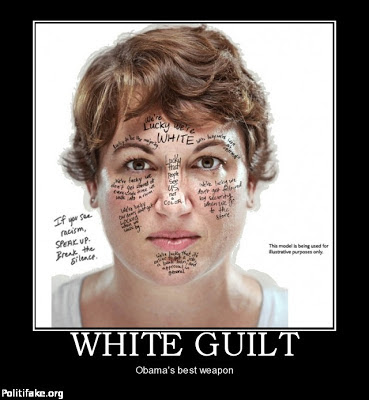 A Commentary by J. D. Longstreet

Liberal guilt created a permanent underclass of citizens in America about one hundred and fifty years ago and still there is no light at the end of the tunnel for that underclass to claw their way towards IF they ever hope to crawl out of the societal hole liberals tossed them into at the end of America's "War Between the States."

There is another entirely different commentary to be written about the way liberals have suckered the black race in America and taken credit for any and all advances American blacks have made since the Civil War.  Most of the left's claims are pure bovine scatology but their willing accomplices in the intellectual community, the halls of academia, and the Mainstream Media have taken those lies and transformed them them into what is recognized today as history.  Never mind that that so-called "history" is mostly lies.  It IS the official record.  And that, dear reader, is THAT.

It is the national leadership of the black community in America where, I think, the problem lies.

But there is a crying need for leadership at a much more critical level.  In the home, in the family, and in the black neighborhoods.

The black family desperately needs two parents at the head of the family unit ... a mother and a FATHER.  That young black male can learn much from his mother --  but -- how to be a responsible, disciplined, self-respecting man, a masculine contributor to society,  can be learned ONLY from a father.  The home is where real leadership begins, where it is born, and where respect for leadership is taught.  It is also where accountability is learned and where one learns to take responsibility for one's own actions or inactions.

It is jaw-dropping to realize that an entire race of people in America were given freedom over 150 years ago and so little progress has been made as a race, as a class, in bettering themselves, taking advantage of the blessings of this country,  seizing the guilt offerings from white America and using all of it to make their way up the ladder of progress  until they truly stand on a level societal field. It just has not happened.

If anything, with exceptions, of course, the vast majority of American blacks seem to take pride in their victimhood, assumed or real.  See, little is expected of victims.  It is SAFE to play the part of the victim. And besides, white America loves to "rescue" victims by lavishing all sorts of goodies on them if only to assuage the guilt they (white America) feel for having victimized the poor "victim" in the first place.

Then along comes someone like Dr. Ben Carson and blows a hole the size of the moon through all the BS the leaders of the black community have thrown up the past 150 years -- and what happens?  Well, of course, he is attacked for it.  He's not "down" with the "cause."

See, Ben Carson is an embarrassment to the black community.  That alone should tell you just how convoluted the thinking within that hapless community of people really is.

Here's a man who made the most of every opportunity he found, or came his way, or that he himself could create. Ambitious?  HELL, Yes!  But ambition is a necessary element in striving to better your lot in life.

"Black people created their own stereotype. Now its hard for me to be a educated young black man without being labeled as 'acting white." (Quote from "unknown.")

Nobody seems to know who actually created or verbalized the quote above but it is unarguably true.

Mychal Massie, in an Article for WND entitled: "Blacks: Their own worst enemy" said the following: "If you are black, when was the last time you applauded the accomplishment of another black who didn’t play victim or have an edge of militancy earmarking said accomplishment?

Blacks are inculcated from the womb to believe that whites, especially conservatives, are out to get them. Living under that onus creates a debilitating vestige of rage, resentment and inferiority. In reality, whites, apart from liberals who trade on black immiseration, are not interested in holding blacks down or treating them unfairly. And in no way do they reference blacks in the same disparaging ways blacks do them."  SOURCE

(Mr. Massie is, himself, black. He is the former chairman of the National Leadership Network of Black Conservatives-Project 21 – a conservative black think tank located in Washington, D.C. He was recognized as the 2008 Conservative Man of the Year by the Conservative Party of Suffolk County, N.Y. He is a nationally recognized political activist, pundit and columnist. He has appeared on Fox News Channel, CNN, MSNBC, C-SPAN, NBC, Comcast Cable and talk-radio programming nationwide. A former self-employed business owner of more than 30 years, Massie's website is mychal-massie.com.)

In the very same article Mr. Massie goes on to say: "Many blacks may not like it, but all too often, when they’re not being their own worst enemies, they are giving their tacit stamp of approval for others to portray them that way."  SOURCE

For evidence of the truthfulness of Mr. Massie's statement above simply look at the leaders the American black community has chosen to represent it and consider how those very same leaders embellish the victim-hood label.

I agree with Mr. Massie who says in the same article:  "It is time to stop feigning insult over nothing, and over that which could be avoided by appropriate behavior, and start promoting positive stories of blacks, regardless of their party affiliation. It is time to stop honoring malevolent anti-social behavior and victimology."  Read more at here

The self-appointed leaders of America's black community continue to play the "blame game" and continue to preach hatred and divisiveness when they ought to be preaching a message of repentance and turning away from immorality.   As a result, American blacks have simply traded one enslavement for another.

At some point, blacks are going to have to relinquish their death grip on the battles of the past, accept that most of those battles have actually been won, and join with the rest of us battling today's problems and preparing as best we can to face the unknown problems about to assail us from the future.

Look. Bigots and racists are EVER with us,  have always BEEN with us,  and will always BE with us.  Unfortunately, it is a part of the human condition.  It is a part we can choose to allow influence us -- or -- we can choose to ignore it/them and move forward.   I hope we as a people, both black and white, choose the latter.

America is facing an uncertain future in which she will need all her children, black, white, brown, whatever,  dedicated to her survival.

WE can do this, but we can do it so much better TOGETHER!