The Muslim Brotherhood in Luxembourg 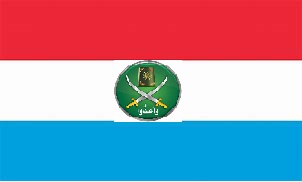 This article is the latest in a series regarding the Muslim Brotherhood in Europe-country by country- which are translated from the original. The below article was written by Yoan Kaufman in Mediapart and is dated June 14, 2018. It describes the MB's use of Luxembourg as a financial center. It was written in French and is translated by Fousesquawk.


Investigation: Luxembourg, the fiscal paradise of the Muslim Brotherhood?
14 June 2018 by Yoan Kaufman  Blog: The Blog of Yoan Kaufman


If Switzerland is known to have been a rear base of the Muslim Brotherhood, on the other hand, Luxembourg has long been ignored. However, historically, the Grand Duchy has played a central role in the financial strategy of this organization. 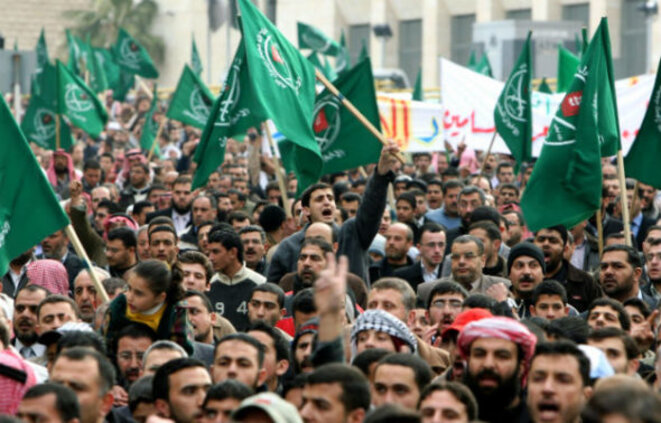 "In the name of God. The Islamic bank of Luxembourg"
-Mediapart


Luxembourg has become one of the strongholds of worldwide Islamic finance, and its authorities boast about it: "As the second largest world center for funds and host of the world's principal stock exchange for stock securities, Luxembourg is today a key center  for the development of Islamic finance in Europe," states Tom Theobald, Luxembourg's deputy director general for Finance at the end of 2017.

It is true that the publicity and lobbying carried out around this "Islamic finance" lends credence that this "finance" would be cleaner, more ethical because it is religious! In the name of God, is it less neo-liberal or less opaque? Nay. Such affirmations are absurd at best and at worst deceiving.
But in reality, the valuation of this so-called new market quite simply, hides the financial infiltration strategy of the Muslim Brotherhood and certain Gulf countries.

In 2005, the Swiss journalist, Sylvain Besson, published a remarkable work: "The conquest of the West", which everyone unfortunately forgot and would be good to update.
In this book, the investigator-journalist recalls that after the attacks on 11 September, the Swiss police conducted a search at the home of Youssef Nada, chairman of a group named al-Taqwa, which was suspected of having financed al-Qaeda. In Nada's house, the police seized an exceptional document, (which) had to do with "Project" of the Muslim Brotherhood written in 1981. This document established the global strategy of the Brotherhood and more specifically, that which was envisioned for Europe.

During a second search of the offices of al-Taqwa, investigators found another document fascinatingly named "Financial Strategy of the Muslim Brotherhood".

This edifying text details the financial structures created by the leaders of the Brotherhood during the 1970s, thanks to funds principally coming from the Gulf countries.

The central position of Luxembourg is clearly exposed in the first pages. "The Islamic International Bank of Luxembourg is the principal entity  that directs and controls all other institutions. ARINCO, an affiliated entity manages the long term investments." And here we are!

A booming business...
These structures have been used to clandestinely finance Islamic centers of the Muslim Brotherhood in Europe and the US in order to, as Sylvain Besson writes, "extend the sphere of Islam and put an end to the hegemony of the West on the world."
One of the figures who has long held the keys to Islamic finance in Luxembourg is named Gamal Attia, of Egyptian origin and an influential member of the Muslim Brotherhood. He notably founded the Islamic Development bank of Jedda and was, not incidentally, a close (associate) of Youssef Nada....
Gamal Attia himself has been a consultant-expert for the UN during the 1980s. He is also considered with his compatriot, Abou Saud, as the father of Islamic finance
If ARINCO was dissolved in 1989 and the International Islamic Bank of Luxembourg in 1994, that, of course, doesn't mean that the business has disappeared, quite the contrary.
The Brothers have only reorganized themselves and enlarged their influence in financial circles, to the point that Islamic finance has become a trend phenomenon, which gains more terrain each day....
As the next article will reveal, the structures affiliated with the Muslim Brotherhood still use Luxembourg as a fiscal paradise to protect their war chest. A mysterious financial fund which I was able to identify holds amounts in excess of 150 million euros.
To follow
Posted by Gary Fouse at 7:12 PM