Why Hasn't Huma Abedin Been an Issue in This Campaign? 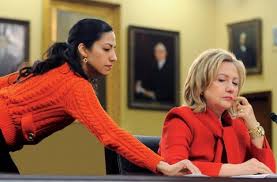 Finally, the American public is learning who Huma Abedin is. The question is why only now?

As things stand now it may be that Antony Weiner's sexting and weird sexual communications with females, some of whom may have been minors, have been cross-posted with official Hillary Clinton communications with her aide Abedin when she was secretary of state. A revoltin' state of affairs to put it mildly. Even CNN is being forced to discuss this sordid mess albeit with their own spin.

Yet Huma Abedin has been written about for several years now on sites such as this. It's not just rumor and innuendo either. Abedin and her family have been involved with the Muslim Brotherhood up to their eyebrows. Why isn't anybody in the mainstream media reporting it?

As previously reported, Huma was an asst editor of the Journal of Muslim Minority Affairs, a publication of the Brotherhood-linked Institute of Muslim  Minority Affairs.  A key figure here is Abdullah Omar Naseef, a MB figure reportedly linked to funding of Al Qaida. His own association with the journal coincided with Huma's employment there for at least seven years.

As has been previously pointed out, it is inconceivable how Abedin was ever allowed to become a State Department aide to Mrs Clinton give her obvious associations. Where was the background check?

Now the airwaves are filled with reporters of Abedin's laptop (with her husband) filled with messages involving Mrs Clinton and presumably State Department business. Everybody is shocked. However, this is what you get when you allow questionable people like  Huma Abdine into positions of power.

Even if it turns out that hackers into Secretary  Clinton's communications have been treated with images of Anthony Weiner in his now-famous locker room poses, this is the least of the problems involving Huma Abedin. 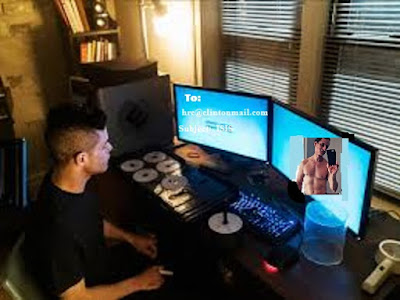